Dennis Helm served on the Board of School Directors from 2009 to 2013 and came back onto the board in December 2015.  Mr. Helm participates in the Policy and Facilities Committees.  He has been active with the Pennsylvania School Boards Association (PSBA) since 2008 and continues to represent our district there.  In the past, he has served on Business Advisory Council, the Education Foundation, Personnel Committee, Extra Duty Committee, Negotiations Committee, and Act 32 /Local Tax Collection Committee. He has also been an alternate to both Harrisburg Area Community College and the Capital Area Intermediate Unit.

Mr. Helm has three sons: Jeremy, Kyle, and Alex, and has been a district resident since 1997. Currently, he owns the financial services firm, The Helm Group, LLC, for which he has served as a financial advisor for over sixteen years. Previous to this position, he worked in the computer systems field.

Mr. Helm brings to the board good problem-solving and financial skills. He believes in seeing the “big picture” and in innovation. He sees technology as a means to improve both education and the cost of education. He feels his role is to serve both the students and taxpayers equally.

“The community has challenged the Board, by their comments on many issues, to make East Pennsboro a desirable district that leads to both direct and indirect benefits.  Direct benefits, like well-educated graduates who are prepared for college or careers, are obvious.  Indirect benefits, like increased property values, the standard of living, and quality of life should follow.

“I want to pass on the challenge for greatness to everyone in our district.  Let’s be world-class at something.  Let’s be a district where others come to see how we are doing it right.  It starts with each of us.  Martin Luther King said ‘If a man is called to be a street sweeper, he should sweep streets even as a Michaelangelo painted, or Beethoven composed music or Shakespeare wrote poetry. He should sweep streets so well that all the hosts of heaven and earth will pause to say, ‘Here lived a great street sweeper who did his job well.’ 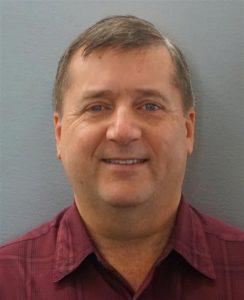